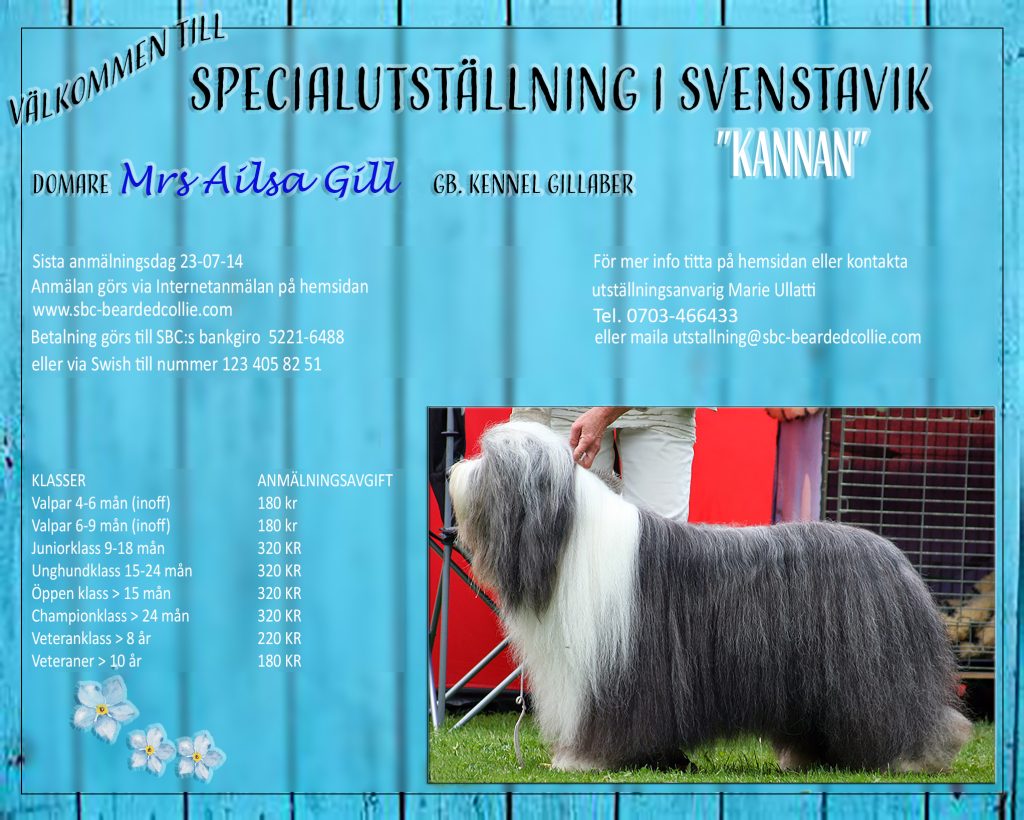 I obtained my first Beardie in 1976 with a view to showing after watching the ringcraft class held along with the obedience class I took my cross collie to & visiting a show to speak to some Beardie exhibitors. Major Logan put me in touch with Shelagh Walker & from that introduction came Douglasdale Polka Dot (Misty) who arrived the weekend we moved into a house in the country with a large area of ground. I soon realised Misty was not going to be a top show dog & was lucky enough to obtain Dearbolt Lady Emma in 1977. I did have a litter from Misty but it was the litter from Emma to Ch Potterdale Philosopher in 1982 that produced the first Gillaber Champion – Ch Gillaber Highland Lament.

Ch G Tillycorthie only sired a few litters but is behind many of the show Beardies today through  two of his sons Ch. Moonhills Does It In Style & Ch G Drummond.

I first judged in 1986 & first awarded CC’s in 2000. I have judged various Breed Club Ch shows as well as a number of General Ch shows. I was honoured to judge Crufts bitches in 2020.

I look forward to judging in Sweden in August as this is the first invitation to judge outwith the UK that I decided to accept.